Everybody wants to let loose once in a while, whether it’s after a long period of dreading work, a bachelor or bachelorette party or celebrating that the fact you’ve just turned 18.

A vacation to set all your inhibitions aside is the perfect way to retain sanity in this crazy world.

What’s crazier than a night that you can’t remember the morning after?

While there is an ‘everything goes’ approach to sin cities, some of the stuff out there isn’t exactly legal.

So we put together some details on what the law says on some very popular sins. Read on to find out how these sin cities actually fare on the sins they are famous for. Because let’s face it, who needs to wake up with a numbing hangover in a prison cell? 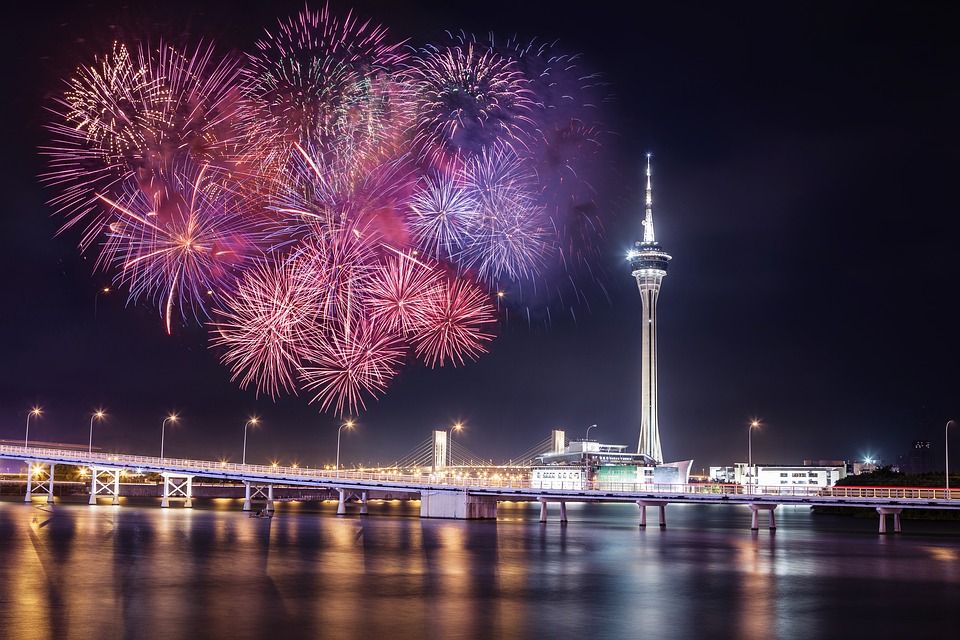 Macau has been dubbed the Las Vegas of Asia. And its reputation is not far from reality. Macau has emerged as a competitor to Las Vegas in many ways. Here’s what the policies say about legal and what’s not.

There’s no minimum age to purchase or drink alcohol in Macau. You can’t go absolutely crazy here though, if you are visibly drunk in a casino, you will likely be shown the door.

Drugs are widely smuggled in Macau but are illegal by law. Also, the Legislative Assembly has passed a bill that adds 21 substances to Macau’s anti-drug law.

So all we can say is tread lightly.

Macau is all about gambling. Macau has 33 casinos in 11 square mile radius. In fact, it houses the world’s biggest casino- The Venetian Macau and has surpassed Las Vegas in total gambling revenue twice.

While Mainland China prohibits the practice, Macau, which has its own currency and legal system, is more liberal. Street prostitution is not permitted; however, prostitutes do operate in massage parlours, low-rent buildings, night clubs and hotels. This is what you can call de facto legal. There is no official red-light district in Macau, but finding sex workers’ calling cards on the roads is very common. 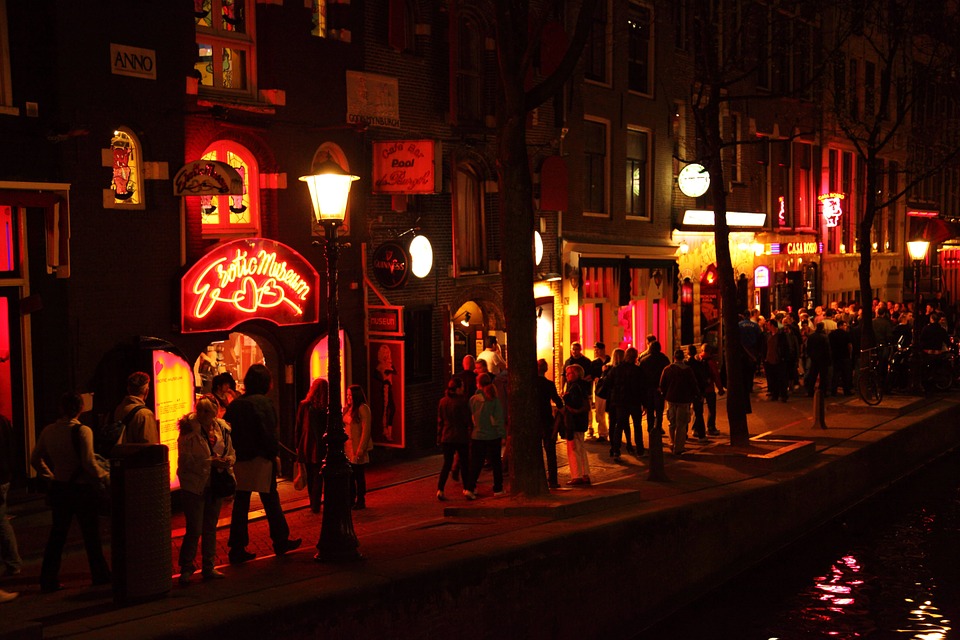 Amsterdam has a notorious reputation as a sin city. There’s plenty that’s legal here. The general policy of the government is that you can’t stop certain things, but if you legalise them, they can be regulate. Here’s what the country’s law says about its sins.

The legal age for every kind is 18 now (earlier beer and wine could be consumed at 16). Amsterdam is a sin city, but you can’t walk around drinking on the street randomly… I mean you can, but you’ll have to pay a fine of 50€.

Drugs- Yes and no

Marijuana is legal here, and coffeeshops (places that sell marijuana and are different from ‘coffee shops’) can be found all around the city. So go ahead, and you can smoke up the ganja every day. The coffeeshops have a menu and even include spacecakes (cakes baked with marijuana). Bring in and smoke joints bought from other coffeeshops, and that’s okay too but do order coffee or some food. Amsterdam coffeeshops allow a purchase up to five grams per day per shop, and you shouldn’t have more than 500 grams stocked on you or at your home.

Other drugs are not legal, though. The entire point of tolerating marijuana consumption is to curb the supply and sale of hard drugs.

Yes, and in fact, the state has its own casino. Holland Casino is owned by the state, and all of its profits go into the Dutch treasury. It operates 14 casinos in the country, and the biggest one is in Amsterdam. If you’re new to gambling, go to the Low Limit Areas on Fridays and Saturdays for tutorials and games with lower stakes.

Red light district in the city is the place to be for this. The sex workers themselves run some of the brothels. Street prostitution is not permitted, so you will find women (and some men) in display windows instead. The place stays relatively silent in the day and comes alive in the evening with neon lights and price negotiations.

Pattaya has a thriving nightlife, to say the least. It’s no surprise that it made to our list of sin cities. There are some restrictions here though.

Straightforward rules really- the legal age is twenty. There are some places where drinking alcohol is illegal like in temples and public offices, but they don’t have the best drinking vibe anyway, so it’s not really a loss.

Let us elaborate on this ‘NO’. Thailand has some of the most strict drug laws in the world and getting caught can result in a death penalty. Yeah, no kidding. This is usually ‘reduced’ for foreigners to life imprisonment. Availability is high, and drugs sometimes show up even in club menus, but corruption is rampant and you might end up falling for a tourist scam.

Gambling- A normal no

While almost all forms of gambling are illegal in Thailand, there are some exceptions like betting on the national lottery and on horses at select racetracks.

The punishment for illegal gambling can be a year in jail and a ฿1000 fine.

Adult entertainment- You already know this 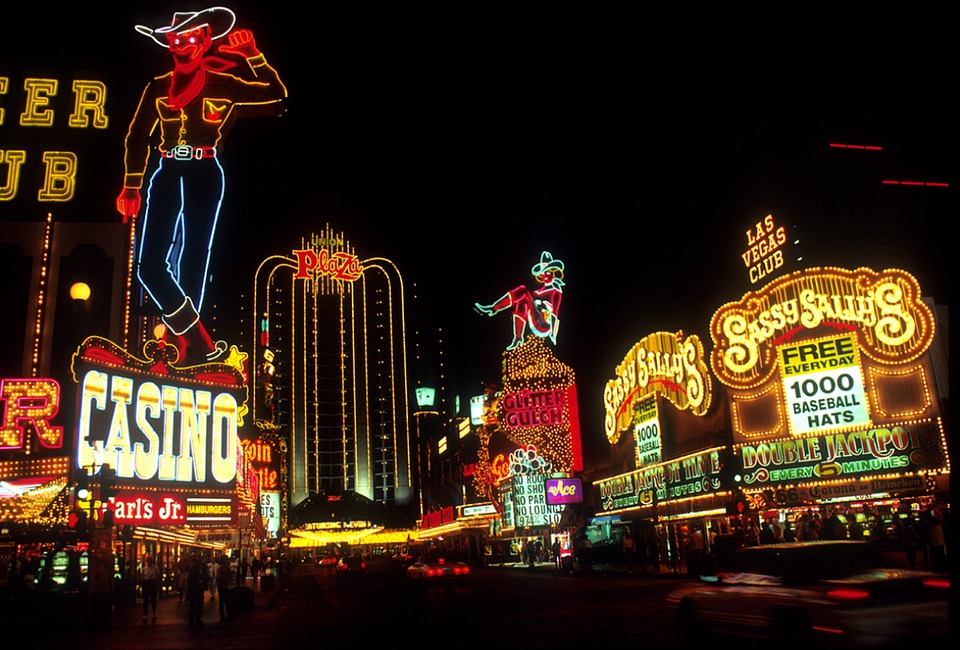 Las Vegas really needs no introduction as a sin city. It’s the entertainment capital of the world.

This is THE place where everyone comes to let loose, so much so that ‘What happens in Vegas, stays in Vegas’ is quite a famous saying. But you’d be surprised what’s not legal here. Read on to find out.

Nevada’s drinking laws are lax than its neighbours’. One can buy booze 24*7.

Also, public drinking is allowed in the city and the Strip. However, it shouldn’t be a glass bottle and has to be a 1000 feet away from churches, synagogues, hospitals, schools, rehabilitation facilities and homeless shelters.

Also, if you bought your alcohol in a closed container, it can’t be consumed with 1000 feet of the store. Open containers like plastic cups are fine though.

While most drugs are illegal, Nevada recently decriminalised weed consumption under certain conditions.

The first is you have to be above 21 and need to show your driver’s license, government-issued ID or passport at a dispensary. The maximum amount you can have with you is ⅛ of an ounce ( approximately 3.5 grams).

You can’t smoke it in public but in the privacy of a private residence. If you are staying in a hotel and smoking it, that’s technically illegal. So, hotels can charge hefty fines and even report you to the authorities. There are some smoking lounges in the works, but they’re still far from reality.

Also, you can not cross state lines with marijuana, even if both the states have legalised recreational usage. That’s because of something called the federal law.

Gambling is very much legal in Las Vegas. In fact, a third of Nevada’s general tax revenue comes from its gambling taxes. The casinos are luxurious and grand. And the drinks are free.

While Nevada has legalised prostitution in some of its counties, Las Vegas’ Clark County is not one of them. Even where the sex work is legal, brothels operate away in rural areas away from the major population.

Well see the bright side, at least there are strip clubs, right? 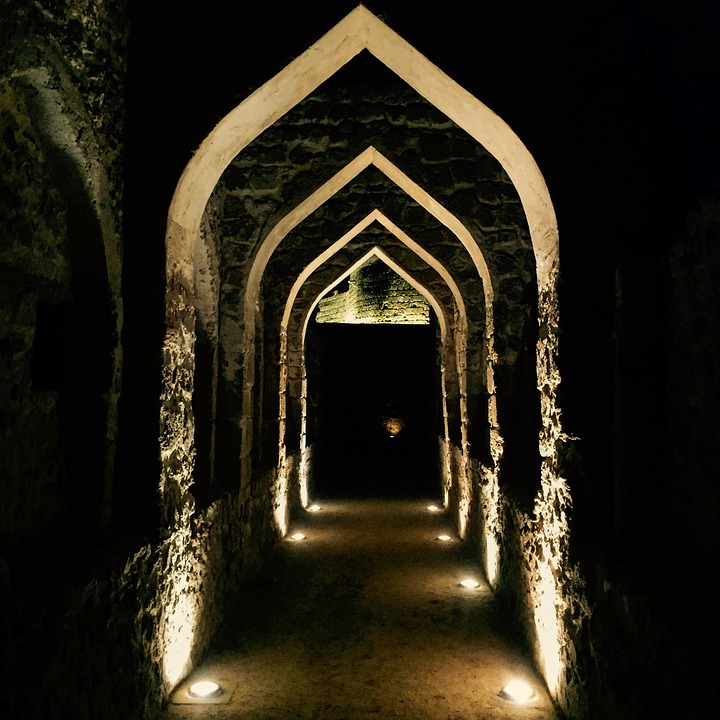 Over a third of Manama’s population comprises of foreigners, leading to a culture that is less conservative than its surroundings. You’ll find lots of Saudis letting loose here indulging in activities that are illegal in their home countries.

Alcohol is available in Manama but only at hotels and through private licenses. It can be sold only to non-muslims. One can’t drink in public and being visibly drunk will cause problems with the authorities.

Strict rules here too. And even for the smallest amount of drugs. Sale, however, is widespread. Possession can lead to arrests and four-year imprisonment. The worst punishment is reserved for traffickers, who will be given a death penalty. *Yikes*

All forms of gambling are prohibited in Bahrain. This is because the country follows sharia law, which is based on the teachings of the Qu’ran. The holy book sees gaining by gambling as unlawful.

In reality, there are many online gambling websites based in Bahrain. The prosecution for online gambling is unheard of. However, there’s a fine up to BHD300 or 3 months jail time for anyone found indulging.

It’s illegal, but it happens.

Nothing more to say here. 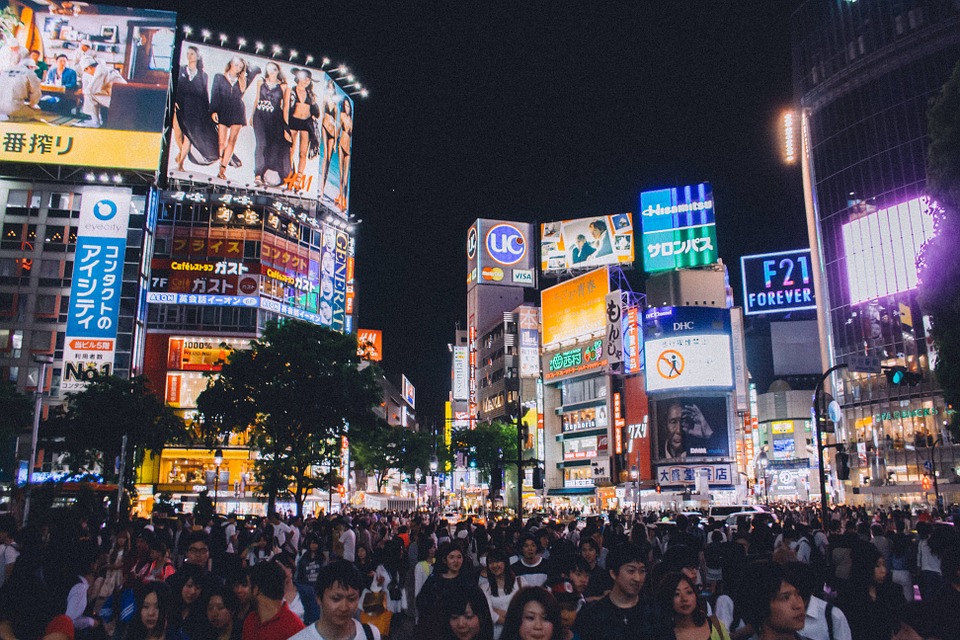 Neon lights, technology and high rises are Tokyo’s signature. Loopholes in laws and some creativity have made the city a favourite amongst those looking for something notorious.

The laws on alcohol in Japan are laxer than those in Nevada. One can purchase and drink if they are above 20 years of age. Drinking in public is allowed too (open or closed container) and being visibly drunk is okay also. The police will try to help than arrest you. You can pop open your beers on public transport and drink in cars too (as long as you aren’t driving yourself.)

No kind of drugs is allowed, sorry. Interestingly, Japan today has some of the strictest laws for marijuana; however, marijuana cultivation and hemp use has been part of Japan’s country for centuries. Marijuana became illegal due to foreign policies after world war II. Many are trying to overturn the 1948 law that made cannabis, and some good news might be underway.

The good news that’s already here is that Japan has finally allowed casino operations and three of them will open soon. While that happens, betting in places like horse racing, some motor and public sports, lottery and ‘toto’ are legal.  Pachinko is also a fun option, but you need to be above 20 years of age for that.

Adult entertainment- No but yes

The law in Japan ‘technically’ prohibits prostitution, but loopholes have created a prospering sex industry that rakes over $30 billion annually. Some examples of the interesting escape routes are ‘soaplands’, ‘image clubs’ and ‘pink salons’ – It’s best if you look them up yourself.

The Park’s New Festival 2016, a cultural festival for all, is here which will explore theatre, music and dance performances across six cities.